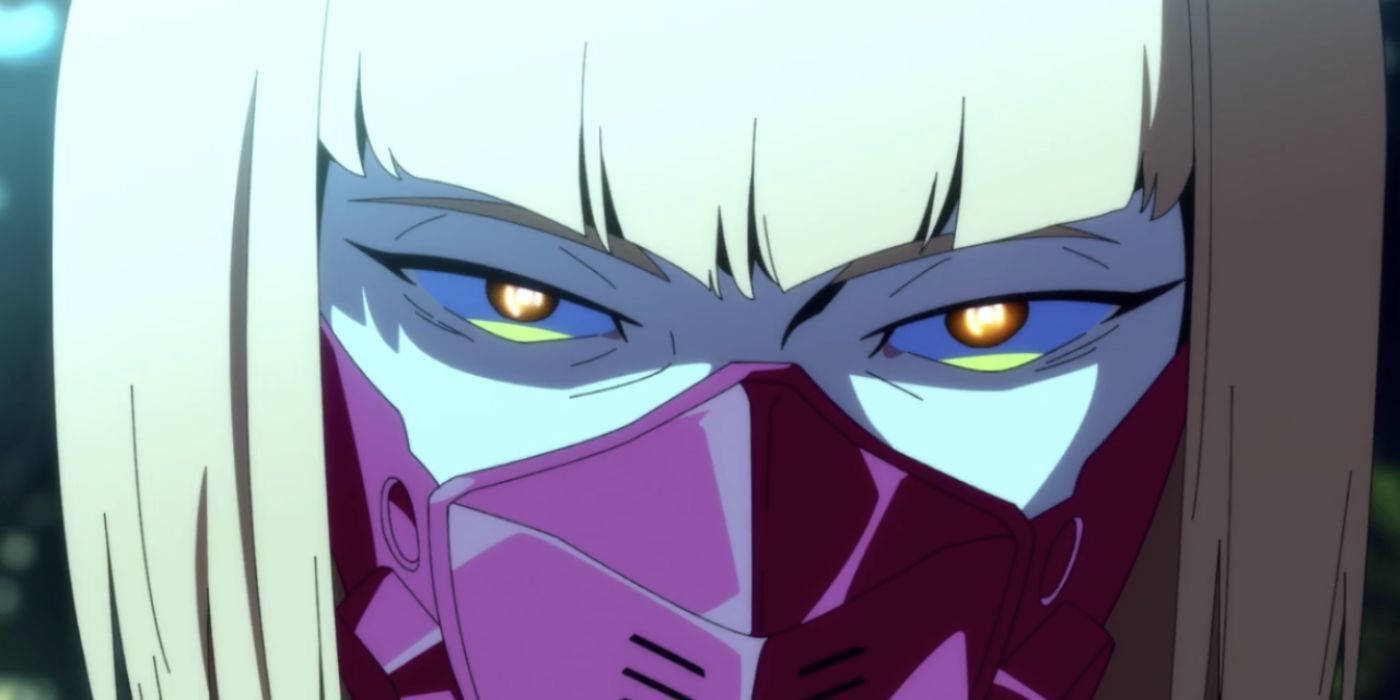 The hit anime Cyberpunk: Edgerunners has finally revealed what lies under the cybernetic jaw mask that the enigmatic netrunner Kiwi wears.

The official Cyberpunk: Edgerunners anime account released the character design of Kiwi, designed by Yusuke Yoshigaki, thus answering the question that has been on fans’ minds: What is under Kiwi’s mask? The answer: absolutely nothing. Kiwi doesn’t possess a nose or a mouth. Instead, there’s a big, gaping hole where those facial features would be.

The following contains spoilers for Episode 7 of Bleach: Thousand Year Blood War, "Born in the Dark," now streaming on Hulu in the U.S....
Read more

Is Reincarnated as a Sword Good Compared to Other New Isekai Anime?

Isekai anime abounds in 2022, and while some entries are relatively mediocre, one series stands out by embracing and subverting the genre's tropes. ...
Read more

The Berserk anime teases a big announcement using a mysterious countdown on its website that began in October and has two weeks remaining. ...
Read more

What’s the Best Season of the Main SAO Anime So Far?

As controversial as it sometimes is, there's no denying the popularity of Sword Art Online. It led to a slew of shows -- namely,...
Read more

Fans have rallied behind Chuu, the former member of K-Pop group LOONA, after her sudden removal from the group by turning her into Chuu-saw...
Read more